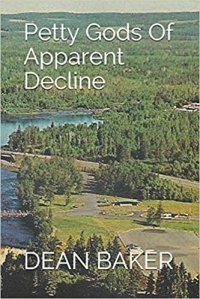 In our lives they don’t burst in,
Storm Trooper uniforms and Darth
Vader helmets slaughtering everyone
in a blaze of spray; no marionettes

Thrown up against the wall by machine
gun burps and staccato threats, up
and over the comfortable couch, not
these days
when you follow pointing fingers of bully
throngs, shadow complected aliens
crawling over objects, insects
advancing foreign philosophies like small

Instead of the real thing there’s the idea.
Instead of love the notion of. This cold clasp
of irons a strange caress.

Attitude instead of discipline, or self
knowledge. Mirrors of funhouse
reflections reaching either way.

The mule of cowardice absent:
the corrosion loneliness will embrace
looking for a yes.

Instead of dedication, requesting dispensation.

Our own gift of aliens: who
resemble traitors so closely now
we cannot tell there ever was a difference.

my books on Amazon https://www.amazon.com/Dean-J.-Baker/e/B00IC6PGQM/

“An inspired set of poems. Dean gets to the essence of a subject.” 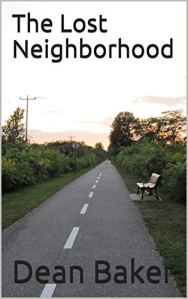 I did not know
Until you walked away
That what carries you
Goes behind, a traitor

I could pinch myself

from The Lost Neighborhood, $3.99 ebook 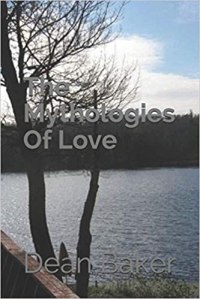 If it’s a yes, or no today –
I am that considerate I say

The Mythologies Of Love ebook

the splintering thrust and creak, broken
from the same streak of would or could
strains belief in this invisibility, where

to be legitimate is found wanting, an absence
of ability to succumb or achieve surcease
something beyond either thought or speech

almost anxiety stretched close
over the skeleton of hope and peace, but
there’s no mercy in mortal injury sustained

repeatedly minus the instrument
broken open against the grain, its own
ammunition the savior

from the Frankenstein labors of a foreign brain

my books on Amazon https://www.amazon.com/Dean-J.-Baker/e/B00IC6PGQM/

“An inspired set of poems. Dean gets to the essence of a subject.”

from The Lost Neighborhood, $3.99 ebook

for all the Lilliputians 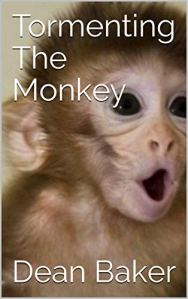 I was plagued by an uneasy feeling; of jealousy, and vindictiveness, of petty-minded
blood-letting that seemed to only ease when I let go of things, as I’d been counseled throughout the years.
I released myself from any enmity and decided to have a talk with my antagonist.

He lay there, all brown and jealous; insouciantly lazing against the bowl, resembling that cigar he liked to chomp between his teeth as if to imply toughness and a hard-scrabble life lived beyond parameters anyone else could understand.

Still, the stink remained; but it being part of him, he could not truly fathom the depths I would ensure he’d experience before too long.

Turdboy, I said, why do you even bother? Poetry should mean, and be.

I can’t help it, he replied. I need attention. I’m so desperate and jealous at my own inferiority that I need to converse on an equal basis with such as yourself.
Thus I make pretenses at achieving this or that. I write what these days is accepted as poetry by a few who don’t know better, who don’t have a sense of history beyond our vaunted narcissism.
You know, who accept my position in the conjugation of vowels much the same way someone who reads the paper believes they can also think viably and with a possibility towards advancement.
As if they had an actual opinion amidst the fumes.

Unaware of his fate, or actual position in the universe, he lay there; wanting to believe he was at least someone’s nemesis.

You’re the king in an esthetic lack of proportion, I said. You are as much the symptom as the disease.
Look at all those scribblers, whiners, hallucinating poetry and the avoidance of that deep freeze.

So you, and they, sacrifice self-awareness, and stick to the rim of life. Rather to be a stain than an honest anonymous character who is real and true.

Thus you write, you’re mean, you arsewipe your verses onto what’s clean and has a history. You spread your stink as you backstab and gossip, cling to what’s good as if you could accomplish anything.
More jealous than most, more vain and useless than your own ghost.

And so you remain forever; no hope of changing, growing, or ever causing anything decent or memorable: merely of showing the precious smell and decay you champion in your shiterature.

Ahhhh, I’m published I can hear them shouttttttt….

I flushed the fraud away in a vortex and frenzy of belligerent, unintelligible demands for equality.

from Tormenting The Monkey $3.99 ebook “The monkey knows, but understands nothing

No sacred cows in this long-awaited and in demand collection of satiric meditations on everything and everyone from politics, family, social issues, cultural and individual misconceptions…

being that the ‘monkey’ loves to torment itself with things it already knows and enjoys the disconnect between what it knows and refuses to learn, repeatedly.”